Me and my mum against the world.

Sharon and her mum, Lorna were super close. As far as Sharon was concerned, it was always going to be them together. That’s why it was so tough when Lorna was diagnosed with Younger Onset frontotemporal dementia at just 62 years of age.

“I felt like I’d failed her, because I knew her the best so how could I let this happen? How could I miss the little things?”

Giving mum a voice beyond dementia

When her mum’s dementia began to move quickly, doctors made it clear that Lorna would never be able to go home again. This means that she has been in a high care facility since she was 62.

Sharon suddenly found herself facing the fact that her mum was in a home “that wasn’t age appropriate for her”. Luckily Lorna had her daughter to fight for her - and create somewhere brighter and more like home.

“I feel like I need to be twice as loud for my mum, because she’s lost her voice.”

Living with dementia and loss

Sharon was absolutely heartbroken when her mum was diagnosed with dementia. But she also now had “something to work on” because before that, it was “the unknown that sucks the worst”. Dementia can change a person in unexpected ways, but at least Sharon now knew what was causing those changes.

There have been a lot of challenges along the way. Early on, Sharon felt like she was walking “a very lonely path, because it’s something that people fear. They think it’s contagious…” She believes it just goes to prove that people really do fear what they don’t understand.

Hardest of all has been dealing with the loss. Sharon was the first person her mum forgot.

“I used to get relationship recognition at least, like she kind of knew me, but now I’m just a pane of glass. She doesn’t know who this person is who’s obsessively following her around.”

Sharon misses the small things with her mum. Like having their regular book chats, picking up the phone to share the excitement of a new car, or just talking about the weather over a cuppa. At the end of the day, Sharon just wants to talk to her mum – she still needs her.

Now though, it’s Lorna who needs her daughter to speak for her and tell everyone about dementia. 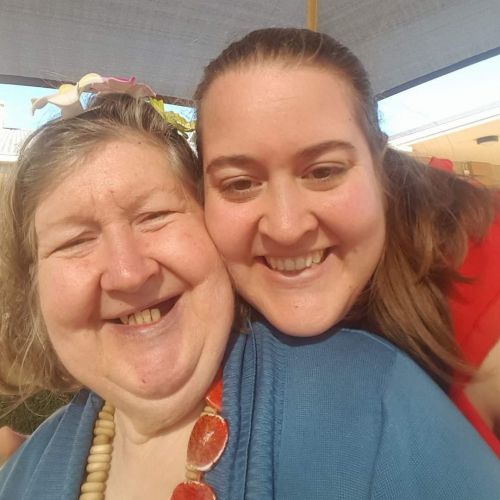 Understanding what you can’t predict

Like a lot of us, before her mum’s diagnosis Sharon didn’t know much about dementia. Her Nan had it, but it wasn’t until her mum that she fully understood. Dementia isn’t just doing “silly things’ and forgetting things when you’re elderly – Sharon now sees it as “not normal and not fair”. And almost impossible to predict.

“If I had to draw what her dementia looks like it would look like stairs. Sometimes they’re narrow stairs then a tiny step down, and sometimes it’s a huge one.”

Sharon has used support and information from Dementia Australia to help her through. Luckily, she realised that she needed time off work to talk to someone. Seeing a counsellor has helped her realise that her feelings of loss and grief were just as valid as everyone else’s.

The support she received from Dementia Australia also made Sharon determined to get involved in Memory Walk & Jog and to fundraise. 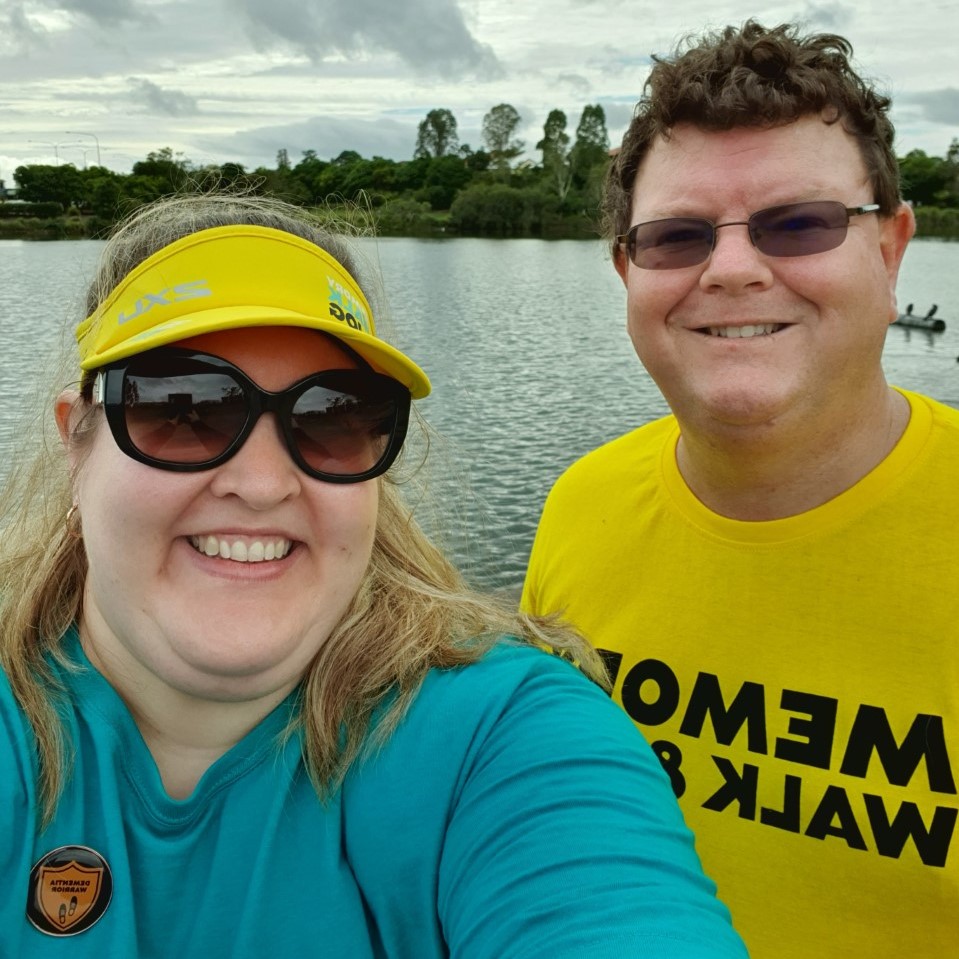 “The thought of that service not being around for me or someone like me in the future was so horrifying that I just had to fundraise to make sure it would be around.”

Taking part in the Brisbane Memory Walk & Jog was like a light switch going on. Suddenly Sharon saw all these people who were there for exactly the same reason. It felt like she was with her people, “people who understand your grief and your loss and understand how hard it is”.

Meeting a community of people who understand how tough dementia can be has helped lessen the burden that Sharon carries. In fact it’s been like a ray of sunshine for her.

“It’s like a big dementia family all coming together in a nice warm hug.”

Like that ray of sunshine, there are still glimmers of the person Lorna was before dementia. It might have taken away her strength to lift up her beautiful smile – but “one thing that stayed is that my mum is really sweet. It’s like she’s fighting that part of the disease by keeping that part of herself.”