The Northern Territory has a special place in Emma’s heart. It was where she and her three brothers spent much of their childhood, and where her mum, Janet, was a celebrated community member. There is now an exciting new Memory Walk & Jog event in Darwin and Emma is hoping people will get behind it.

“I think if people knew the stats, that [dementia is] the leading cause of death in women, they’d be shocked.”

Emma knows first-hand how important an event like this will be for people in Darwin who have been impacted by dementia and who want to feel like they’re helping, doing something important and honouring their loved ones’ memories. Having taken part in the Brisbane event already this year, she understands how “it gives you a place to put your grief”.

And Emma’s grief is for not just one, but two dearly loved parents diagnosed with dementia.

Emma’s mum, Janet, was in her early 50s when she was diagnosed with younger onset Alzheimer’s disease. 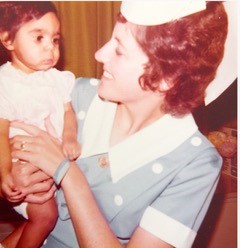 Janet was a person who sacrificed so much for others. She loved to care for people and animals and had a heart big enough to accommodate everyone. She began fostering children of every age - from babies through to 16 year olds. They would stay for any amount of time - for just weekends or even up to years at a time.

Once the family moved to Alice Springs, Emma’s mum began caring for children with high needs - many of whom had been given little time to live. Emma remembers her mum cared for the first child around the clock, feeding her through a tube. This child had been shaken as a baby and in time, sadly passed away. Others had cerebral palsy, cystic fibrosis or simply needed a roof over their head or someone to keep them safe after a traumatic experience.

As Emma explains, “it was her calling in life” - something which made Janet very special. Emma calls her mum a real-life angel - someone Emma wants to emulate in her own life as a mother.

Emma adored her mum and looked up to her. Despite her mum being super busy and active - she still had time to be the fun mum who loved to dance around to loud music and who raised her four children whilst her husband was away working as a mining engineer. Despite having her hands full, Emma describes how “nothing was ever too much of a drama” for her mum.

Before her diagnosis, the family noticed changes in Janet’s behaviour. Emma’s wedding was almost uninteresting to her mum, and when Emma had her own babies, Janet could not remember their names.

“I knew there was something wrong and that she had been hiding it. Covering it up so we wouldn’t worry.”

There were also marked changes in Janet’s personality. One day she abruptly resigned from her job and said that the staff there were “horrible people”. This was in stark contrast to the endlessly empathetic person she had always been; someone who never had a bad word to say about anyone.

Emma believes that her mum had a mini stroke, which possibly accelerated her condition. Janet also had an autoimmune disease, which at first was thought to be the cause of some of her symptoms. However, sadly, there was more at play. There were incidents such as the time they launched a search for her - only to find that she wasn’t missing, but in fact stuck, terrified, in her room because she couldn’t remember how to open the door.

A subsequent MRI showed all too clearly the atrophy of her brain that was behind it all. But the diagnosis was still hard.

“She was a nurse, she was scared and she knew all too well what was coming.”

Whilst Emma describes how relieved she felt to finally have an answer, there was also the feeling that there was no way out of the situation they were now in.

Janet was given between six to eight years to live. In the end she lived with dementia for 10 years. Emma puts that down to her dad, who gave up his job to become her full-time carer - until that was no longer feasible. It was a heartbreaking decision to put his wife into residential care, but he was still there by her side - often 12 hours a day. And despite not knowing who he was, Janet still lit up with clear joy on her face when he entered the room. She knew this man was there for her, whoever he was. 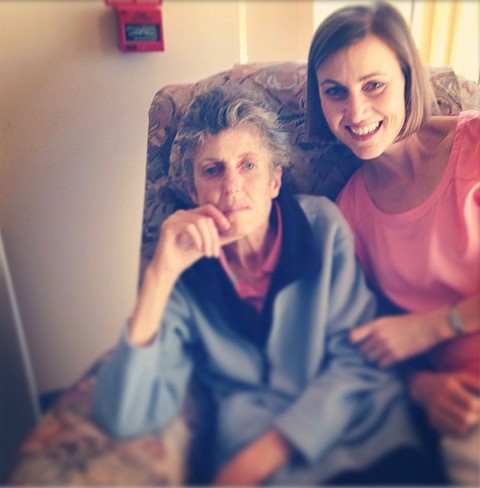 For Emma, the reverse was true - another heart wrenching outcome. Her mother no longer recognised her and couldn’t engage with her. There was one rare, precious moment that stands out for Emma though. This was at her brother’s wedding, after she had done a reading and her mother said her name, telling her how beautiful it was.

“And I knew in that moment that she was still in there. Somewhere in there in that fog and in that dying brain she was still there and I think that was probably the moment that I realised, you know, it's not them, they’re not doing this on purpose. They’re not shuffling because they don’t want to pick up their feet, they're doing it because they can’t. This is the illness taking over. This is not her. I wish I could go back to those pre-diagnosis days and not get so frustrated. Understand more about what was happening and just take more time with her, walk slower with her… and that’s my biggest regret. Because now I know, but it’s too late.”

Now they are going through this experience all over again with their dad, and Emma is very conscious of taking her time. She will happily spend two hours just sitting with him and talking about the weather or understand that it can take him up to 45 minutes to eat one piece of pizza. She now knows how valuable that time is.

Emma’s dad began to experience his own health problems a year after his wife had passed away. He was a long time diabetic, whom Emma says “sacrificed his health to care for mum”. Following a diabetic event and a heart attack, he was diagnosed with Alzheimer’s disease at the age of 67.

“Our hearts are broken as we navigate this all over again.”

Because they have already experienced dementia with their mum, Emma and her siblings know what to expect. That doesn’t make it any easier however. In fact Emma admits that “it’s pretty hard to take for the second time”. She also hates that his high needs condition means he has to be in care in South Australia, whilst she is far away in Brisbane and unable to visit due to current COVID restrictions. It is a source of constant and painful sorrow for her.

Janet passed away on the 24th of March 2016, at the age of 62. Emma describes the lead up to it as “the cruellest degeneration of a loved one I could imagine”. Janet was permanently uncomfortable - unable to eat, suffering with a broken pelvis and scratching at the walls.

There are many hard things about seeing a loved one living with dementia. For Emma, watching her mother’s decline was one of them. Janet was incredibly frail at just 25kg when she died.

Emma also misses the grandma her mum would have been. Once upon a time, she was excited about having children so that her mum could be involved in their lives. Now, Emma feels “like we were ripped off”. Her own grandma also had dementia and in a sad moment, Emma remembers a picture of her mum and grandma together at Janet’s 60th birthday - both standing awkwardly side by side, and completely unaware of who they were to one another.

There were many things Emma never had the chance to ask her mum about, and now her dad is unable to recall them - she feels there is a gap that can never be filled in their family history and  there are no parents around to tell fill in the pieces. It means that now Emma is very conscious of keeping a record of all the significant life events her children might one day want to know about.

Emma thinks “it’s so exciting” that Memory Walk & Jog is going to Darwin. She often wonders why people do not talk about dementia more, as it really needs to be more widely discussed and understood. Events like this play a big role in helping to raise that awareness. For Emma, it is her opportunity to give her mum a voice.

She also knows that if her mum were there she would be “beaming from ear to ear” and leading the pack, enjoying the music and involving the many children she cared for.

“I love how easy your process is. I love that I can create a page and share it with friends and family, and it’s just so easy...I was just thrilled that we could raise the amount of money that we did. I just cannot wait for next year.”

She also has her own tips to help you with your fundraising for Memory Walk & Jog:

Memory Walk & Jog is very personal for Emma. But she also wants to share her parents’ story with as many people as possible. She hopes that it can make a difference - to people living with dementia now and for a future with a potential cure. 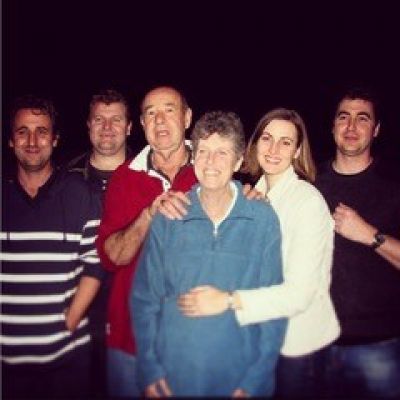 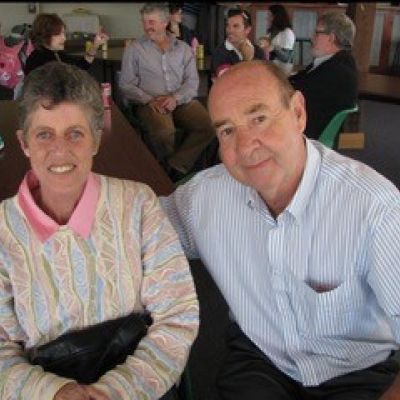 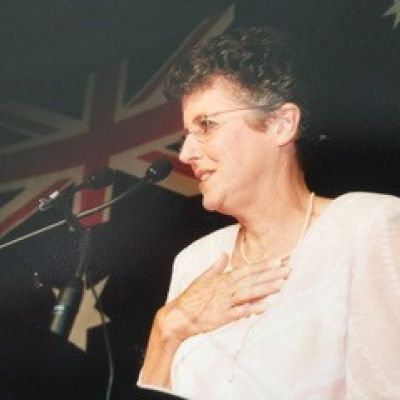