"My Pa and I were really close when I was young. I had my spinal cord injury at 2 years old and he was an ever-present support for me through childhood and even into my teens when we moved cities.

By far the hardest thing was accepting that even with all of that history and love between us, there would come a time where he wouldn’t remember or recognise me. This has been the hardest part to come to terms with in finding out about his diagnosis.

I was a really big, complicated mess of emotions. Deep sadness in knowing what lay ahead for him, but also fear and uncertainty in trying to come to terms with what my family would need to put in place to support him, without having much clarity about the practicality of the different options we would be faced with. I was also worried about my mum, my aunties and a bit selfishly for myself in thinking about my own risk factors for having dementia in the future.

"In some ways, I was even relieved to have the certainty of a diagnosis for him. Then there was the crushing guilt that came along with feeling relieved."

It was really difficult to sort through all those feelings and eventually come to understand that they were all normal and common experiences for lots of other people out there. 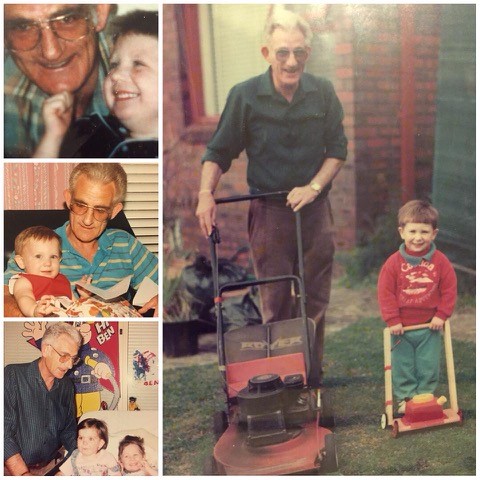 Dementia Australia has helped our family in so many ways. As my Pa’s dementia was advancing, I found the online resources really useful, especially the help sheets. I’d studied a little about Alzheimer’s disease when I was at university but the help sheets were great for putting everything into context. It  focuses on people, rather than only having a conceptual or medically-focused perspective. They also helped me to understand and keep coming back to what things would be like from my Pa’s perspective, and not to get consumed by what it’s like from the outside. It can be really sad and frustrating at times but Dementia Australia helped me to understand how important it is to remember:

"People with dementia are still people with rights and lives, who deserve to be treated with respect."

In my work-life I’ve also had a little bit of visibility of the dementia-friendly communities and organisations initiative, which I think is a great concept.

After my Pa passed away in 2018 I wanted to do something to recognise him and everything that he meant to me, so I looked into Dementia Australia’s fundraising campaigns. By coincidence around the same time, I was also looking for fun run style of events so the stars aligned perfectly with Memory Walk & Jog.

The best thing I learned from my Pa was the importance of acceptance and giving back to your community. He was a lifelong public servant and a strong advocate for reconciliation and promoting the importance of indigenous peoples and culture to modern-day Australia.

This is my second year participating in the Memory Walk & Jog. Last year was a bit of a last-minute decision to participate but it was a fun and relaxed event to be part of. So this year, I decided to do it again and give myself a lot more time to fundraise."

"This year circumstances have changed due to COVID-19 and Memory Walk & Jog has turned Virtual. This won’t stop me from getting out there and playing my part in the community!

As a Paralympian playing wheelchair rugby at a national level, it has been hard to adapt to the changing world. However as a current coach for QLD Cyclones, I know how important it is to stay active during this time and I encourage you all to continue to take part in the Virtual Memory Walk & Jog. Continue to stay active, not just for exercise but also to maintain a positive mind.

Some tips from me to you, on how to stay active and healthy during this time:

Adapting can be difficult but honestly it’s been a lot of trial and error for me because I’m so used to training and competing in a team sport. Luckily the Exercise Physiologist who I’ve been working with for almost two years now, Damien, has been fantastic in coming up with variations on exercises I'd normally do in the gym, so I have been doing them outdoors and with different equipment. You can do the same too!

Two motivational quotes that keep me focussed no matter what are:

“You have been formed of three parts - body, breath and mind. Of these, the first two are yours as they are only in your care. The third alone is truly yours.” - Marcus Aurelius

“I approach everything step by step… As I look back, each one of the steps or successes led to the next one.” - Michael Jordan 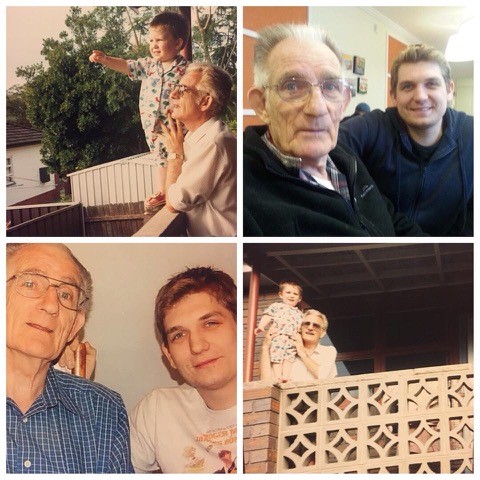 Social media is such a powerful tool for spreading the word and I’ve had a lot of success with it for my fundraising, but not everybody is on Facebook or Twitter.

For a non-digital tip, it was my birthday recently and whenever the topic came up in conversation I mentioned to people that I was fundraising and would appreciate a donation instead of a physical gift. Lots of my friends and family donated, and even those who didn’t already know that I was fundraising now know.

Also, don’t be afraid to share a little bit of your personal connection to dementia - I’ve found that when people understand how important a cause like this is to you, even if they can’t afford to donate they’ll support you by sharing it with their own networks. This is a great way to get lots more eyeballs on what you’re trying to do without feeling like you’re struggling to fundraise on your own." - Ben 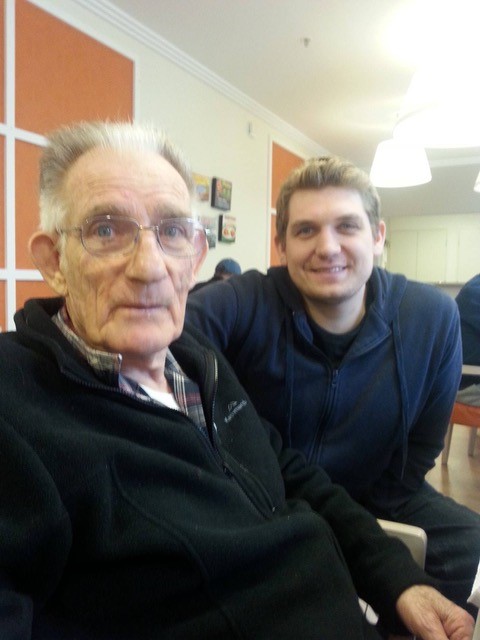