Since becoming regulars at the Adelaide Memory Walk & Jog in 2017, Team Memories4U has gone on to raise a collective $13,600. Gaynor explains how each person in this team (which is made up of friends and family), is inspired by having known someone with dementia.

For Gaynor, her ongoing participation is all about her father – Oswald. 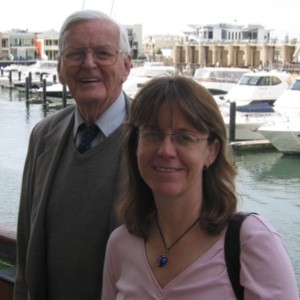 “When Adelaide Memory Walk & Jog first began I knew I had to be part of it after dad’s diagnosis and death in 2012. I thought it was a way to keep is memory alive.”

Oswald was a Minister and someone who was always there for others – both professionally and personally. Gaynor describes him as independent, active, engaged, forthright, and a passionate supporter of the Adelaide Crows and Norwood.

After Gaynor’s mum passed away in 1998, her relationship with her father became stronger than ever. Even now she loves to remember how much she enjoyed hearing his sermons and how she listened with delight as he sang with absolute gusto.

“I remember him before he got Alzheimer’s as that is who he was, not the person he turned into.”

When the family noticed that Oswald was struggling with everyday things, they suspected that dementia was the reason. When he received a formal diagnosis of Alzheimer’s disease, it confirmed these suspicions – but it also made their worries for him far more “real”.

Even as they all banded together to support Oswald, keeping him safe and living “the best life he could”, Gaynor was unaware of what the future held for them all. And was continually heartbroken at losing pieces of her wonderful father.

“The hardest thing about Dad having dementia was losing the essence of who dad was and him not recognising us towards the end. He knew that we were important to him and cared for him but it was harder on us than him at this stage to a degree.”

Gaynor and her sister attended Dementia Australia information sessions. These helped them to understand what to expect from their father’s condition.

“Information is the key but also knowing there were people who understand was vital. Dementia can be very overwhelming.”

Being with people who understand what a life impacted by dementia can be like matters. It’s also one of the reasons that Gaynor enjoys Memory Walk & Jog so much.

“Seeing your loved ones supported by others is heart-warming.”

Fundraising for Dementia Australia is also important to Gaynor. She is passionate about ensuring other families are supported, which is why she makes a point to always donate. Friends, work colleagues, and family are all very supportive too. 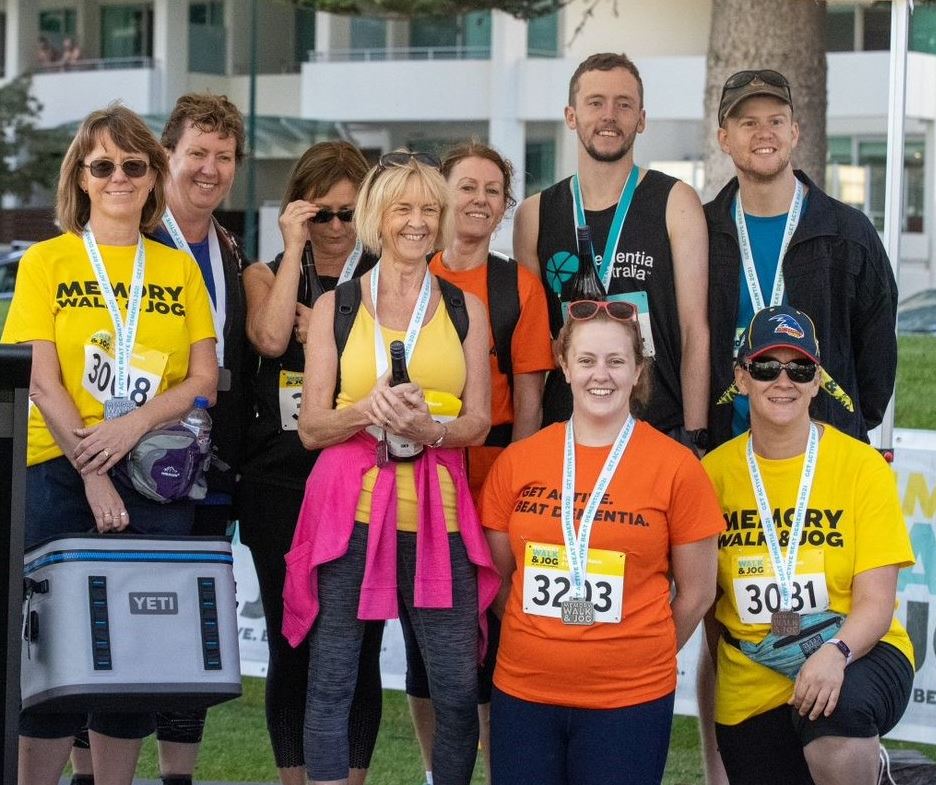 In 2021, Gaynor was a Platinum Dementia Warrior – raising $2,554 through Memory Walk & Jog. Collectively, her team raised $4,900 that year. She puts her success down to sharing her story on social media, always starting small and keeping it simple.

“I don’t put pressure on anyone, but when they know your story or have been affected by dementia, there is no convincing needed.”

Gaynor has two hopes for the money that she raises. She would like it to help continue the world-class research supported by Dementia Australia. She also wants to be part of ensuring that everybody impacted by dementia has access to the right support and services.

Oswald and his wife both had strong values and faith. They passed these onto their family, who now live them through their generosity and commitment to supporting other people impacted by dementia. Gaynor knows that her parents would be incredibly proud of them all.