About Margaret May Fitzpatrick

“Margaret May Fitzpatrick is a diminutive woman, but larger than life.”

So says her son Mark, who also describes her laughter as “cheeky”, her grins as “knowing”, and her spirit as caring. That doesn’t mean she wasn’t firm too though – much to the disappointment of her four boys who couldn’t get much past their mum.

Mark admires how great his Mum and Dad were together, in a real “warts and all” way. “Dad remains her truest friend, her greatest ally and the person most impacted by what has happened to them both.”

His Mum was someone Mark could talk to about “anything and everything”. When he was younger, he used to wish she wouldn’t call so often.

Now, he wishes he could have that time again. Especially as it’s become clear to him that “those calls dwindling was one of the early signs that Mum’s behaviour was changing.” This “loss of a genuine confidante” has been one of the hardest changes for Mark to come to terms with.

The changes in Mark’s Mum were small, but noticeable enough to prompt a visit to her GP. Her decision-making, memory and anxiety were all points of concern for her and her family. Eventually a lengthy process of diagnosis revealed that, at 68 years old, she had Alzheimer’s disease and anxiety. Mark describes the news as “bittersweet” to hear.

“I half knew what this would mean in the short and medium-term for Mum, and for Dad, and this caused me great sadness. But Mum’s diagnosis meant that we could move past the wondering and worrying stage and begin to address our concerns for Mum, and for ourselves, into the future.”

The importance of mental health

Having witnessed his Mum’s own anxiety and being aware of it as a “through-line” in his family’s story, Mark believes it can have a “poisonous” affect.

“I’ve put much more effort into managing my own anxieties, recognising that the care I give my mind now is vital to my future health. I enjoy exercise now, I find more time for friends and conversations than I once did, and I find time for hobbies and interests that bring me joy.”

Reaching out for help

Mark knows only too well how hard it can be to ask for help, especially from strangers. But he also wants people to know that it’s okay to need support.

“I’d say that I’ve not met a more genuinely open and communicative group than the [Dementia Australia] team that I’ve had dealings with. If you need help coping, understanding, fundraising – anything – there’ll be a friendly person who can guide you”.

His way of tackling the problem in front of him was to learn as much as he could, using “Dementia Australia’s terrific library of help and fact sheets”. This gave him access to valuable and “reliable sources of information that I could consult independently” and then use to help his family too.

At the library “Mark learned about the impacts and progressive nature of dementia. "I now understood  what was ahead and, through that understanding, to accept these changes”.

Showing up for Memory Walk & Jog

Another element to Mark’s journey of understanding and acceptance, has been taking part in Memory Walk & Jog.

Being part of a community that works together to “solve a problem that has impacted my family and will impact many more” has inspired Mark to keep showing up and raising funds for Dementia Australia. This feeling of solidarity is a big motivator for him. 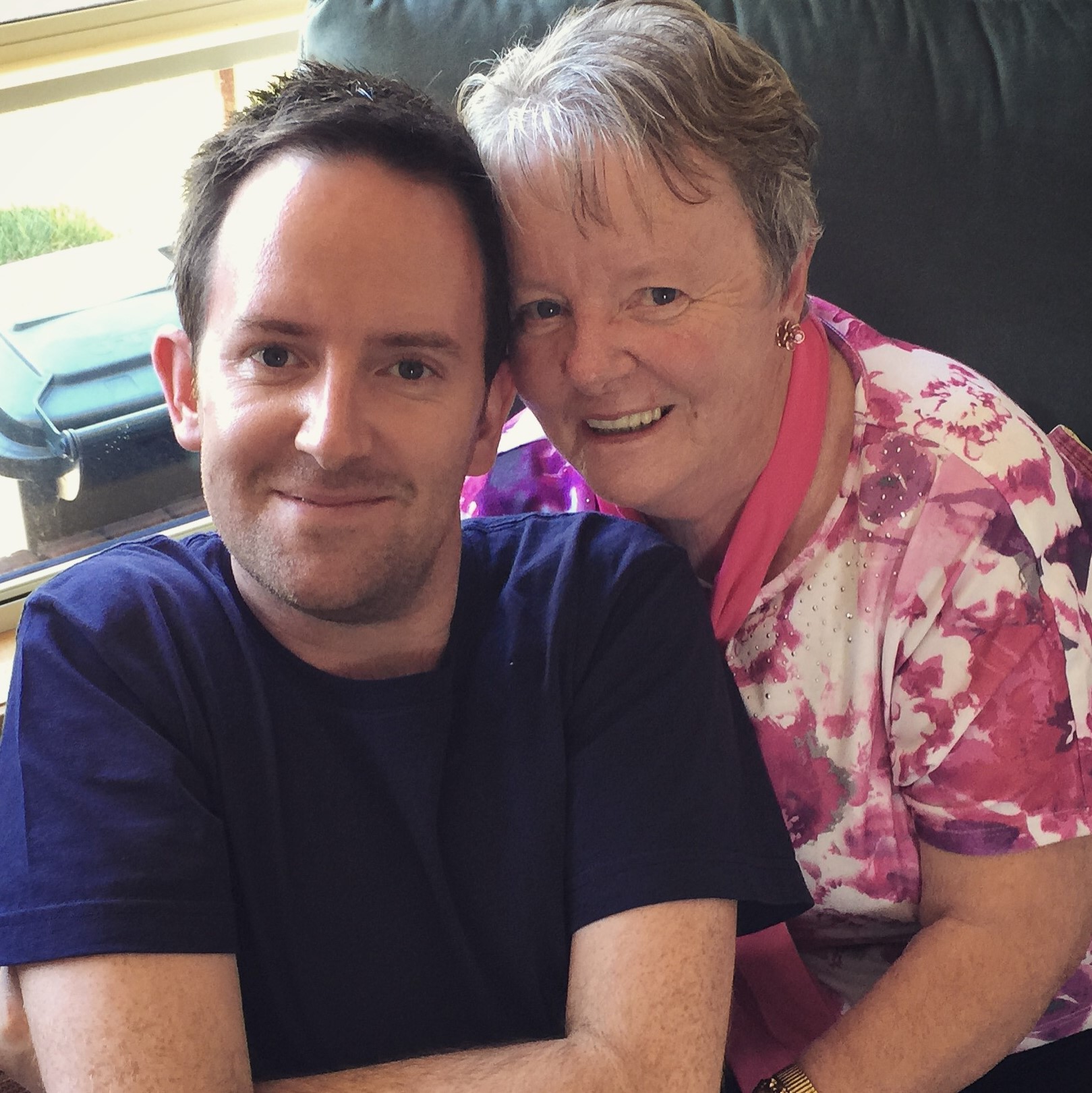 “As with every great challenge, things will change when people show up. We can improve the lives of those in our community affected by dementia, and those yet to be impacted, by putting our feet and our money where our mouths are.”

Mark has channelled his intent – along with his “energies, frustrations and hopes for the future” – into setting a life-long fundraising goal. This goal has meaning; he’s aiming to raise $75,000 by the time he’s 75 years old - the age his Mum was due to turn in the same year he made this impressive personal pledge.

“If we don’t ask, we’ll never raise the funds that are sorely needed to achieve the changes we’d want to see for both our loved ones and for those who are yet to start their dementia journeys”.

If Mark’s mum could see him, and everyone else around Australia, taking part in Memory Walk & Jog Mark suspects she’d be “beaming from ear to ear”.

Knowing your impact is one of the greatest motivators, and one we can all use to help push us along each kilometre we cover and each dollar we raise in the race against dementia.