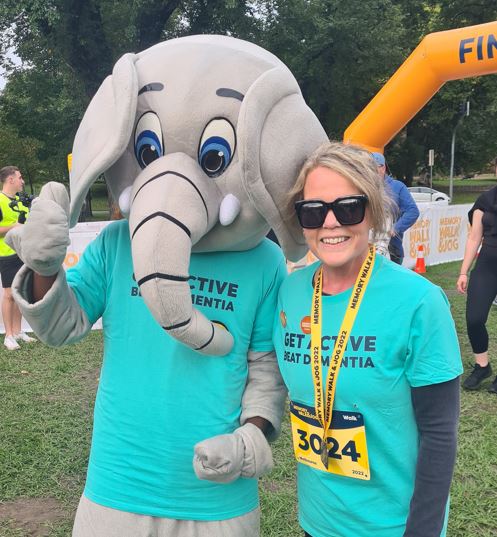 Tiffany is a Memory Walk & Jog Dementia Warrior. Since 2020, she has raised more than $3,650 for Dementia Australia – and her fundraising won’t stop there!

When she finishes an event, Tiffany feels proud to be able to show her mum, Cheryl, her badges, and medals. She tells Cheryl that she has taken part for people with dementia - people like her. Tiffany tells her, knowing that her mum will never understand what it means.

Cheryl was formally diagnosed with vascular dementia at the age of 70. Tiffany was 33 and had recently given birth to her second son. Two years prior to her diagnosis, the family noticed changes in Cheryl. She stopped organising for Christmas, became forgetful, often repeated herself, and sometimes what she did say was incomprehensible.

“She was still caring but it wasn’t as empathetic. She would sometimes get aggressive, and she had two personalities.”

Tiffany’s mum, who had always been so sociable, kind and interested in her family, became increasingly withdrawn, depressed and paranoid. After Tiffany’s son was born, her mum seemed unaware that her daughter had given birth and was surprised when Tiffany visited her with a newborn baby. Something was definitely wrong but no one knew what. Soon after, Cheryl’s diagnosis was fast-tracked after a particularly concerning episode that resulted in her being hospitalised. At first, Tiffany was worried that her mum had suffered a stroke. 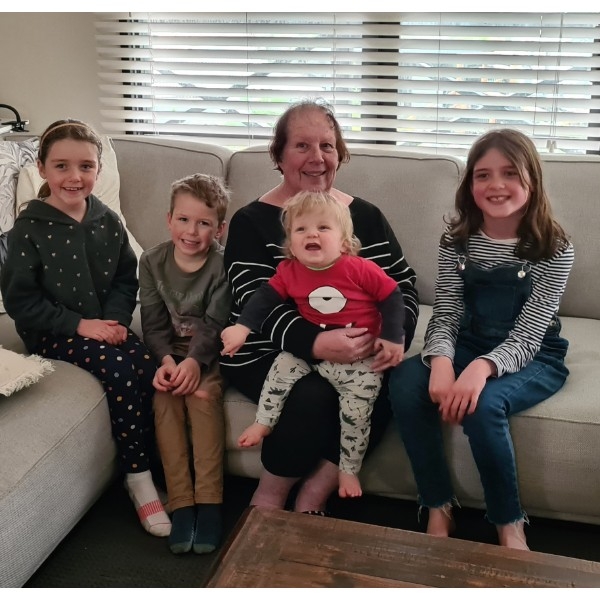 “I still remember the day and it was probably one of the worst days of my life. We thought maybe there were some mild issues, but dementia wasn’t even on our minds. It was very, very scary that day.”

It would have been heartbreaking to witness her mum gradually disengage, especially when they had always been so close – chatting at least once, if not several times, a day. Throughout their lives, Cheryl had been a huge source of support to Tiffany, her siblings and to Tiffany’s dad – who has schizophrenia. 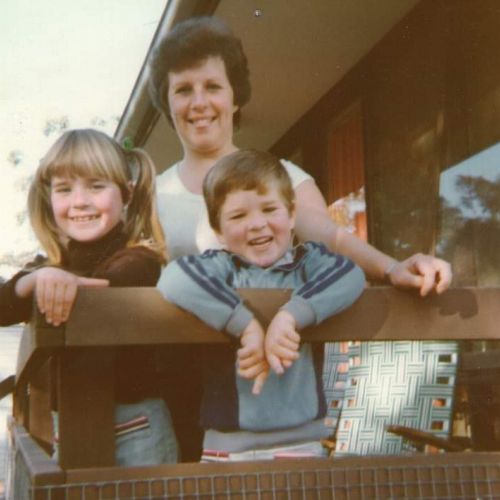 “The hardest part is watching her drift away as a person and just losing her identity.”

Since her mum’s diagnosis, Tiffany’s life has taken a turn that she never expected. She and her brother have taken over where their mum was always in charge. Their dad is unable to drive, so Tiffany will take him to his appointments and to visit Cheryl at her care home. Tiffany describes how much better her dad sleeps after those visits, when he is reassured that his wife of 53 years is still in “good spirits”.

It’s almost impossible to engage with Cheryl now. She no longer knows who her family members are and is unable to take part in a two-way conversation. Tiffany describes their chats as directionless. It’s heartbreaking to no longer have that strong, kind, empathetic mum to talk to and share what’s happening in her life. 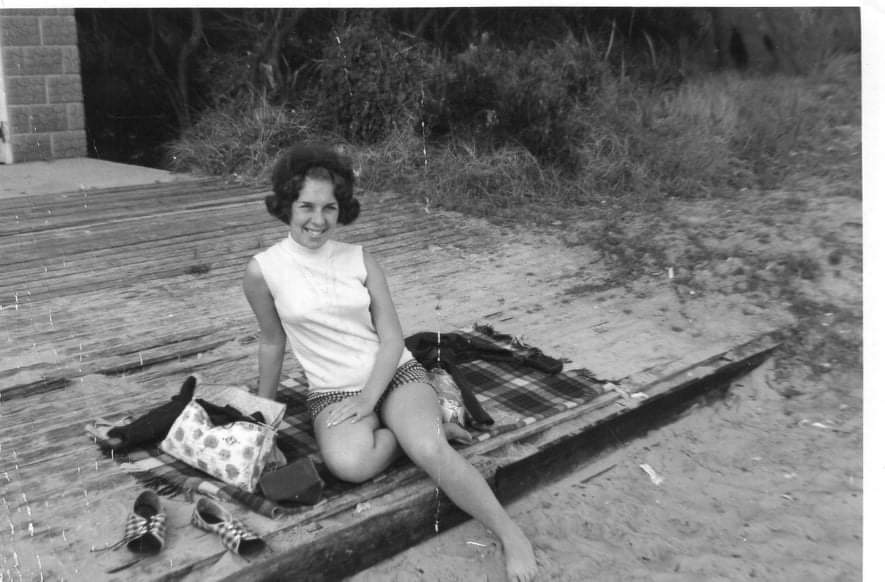 Tiffany regrets the special family moments that her mum misses out on, especially with her grandkids. Instead, the family faces uncertainty almost every day – never knowing how Cheryl’s condition might change or which part of the disease will show its head that day.

“You don’t know what you’re going to get the next time you see her, and it can be quite scary.”

Tiffany misses the closeness that she and her mum always had. This has inspired her to get involved with Melbourne Memory Walk & Jog. She describes how walking alone on the day gives her a chance to reflect and feel close to her mum. It’s also a way to help Dementia Australia support other families, as it did hers.

“It was a no-brainer to help raise funds for a service that provided us with the information that we couldn’t get anywhere else.”

Tiffany wants more people to talk about dementia. Through her fundraising, she’s playing her part in helping others to learn more about the condition and its impacts. One of her top fundraising tips is to “be open and honest about how you’re affected by it, where the funds go, and educate people on what Dementia Australia does and how that relates to you.” She also recommends using social media channels and getting your workplace involved.

Melbourne Memory Walk & Jog continues to have a special place in Tiffany’s heart. She feels that whilst she is helping others, it also helps her to be involved. It reminds her that she’s not alone – and that there are others who are living through similar experiences to her own.

“Memory Walk & Jog has such a sense of community. The atmosphere is just so amazing, I have tears in my eyes at the end. It just really makes you realise how many people are impacted by it.”