“I'm Stephen and I have Alzheimer’s. You won’t see it beat me just yet, as I’m in the race to beat dementia!”

"When I first heard of my diagnosis 6 years ago I had plenty of mixed feelings. This was initially a complete shock for me as I was confused about the diagnosis. Originally I was told I had cognitive impairment which then progressed and led to Alzheimer’s. This came as a shock to me as I was not experiencing the typical symptoms of Alzheimer’s that you see in the media.

A few years later I had a more detailed scan which showed a small amount of changes in the brain especially the areas which deal with speech and cognitive thinking. My wife is a retired nurse and she started noticing things which concerned her. She noticed I was losing my sense of smell and taste. I was also working as a measurement scientist my work was I was no longer confident in what I was doing as I was making repeated mistakes. At this point I knew something was wrong.

It was when I did the Dementia Australia's 'Living with Dementia' course and started to talk to others in the same situation, that I came to the realisation I had this disease. 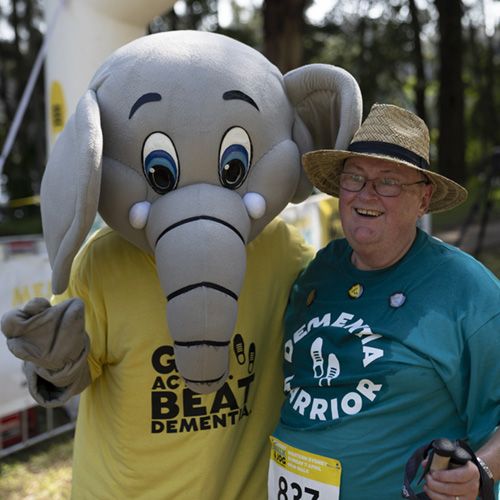 The hardest thing at the beginning was a process of denial which took a while. Also the realisation of how this affects your loved ones more than you. It is the people around us who see the more radical changes.

I try and stay positive as I see other’s with more advanced stages of Alzheimer’s. You don’t know how the decline will be. It’s unknown.

When I mention my condition to people they always apologise! I say, don’t be sorry, I’m still here and living my life. If I pass tomorrow I am content with the way I have lived my life. For now I am happy with the fact that I can still live my life, still be a husband and friend.

Life is so unpredictable and my greatest piece of advice to anyone is to have a sense of humour especially when it comes with a dementia diagnosis. You’re going to make mistakes but always learn to laugh about it otherwise it puts you down and will really get to you. If you don’t have a sense of humour, find one! Take every day as it comes and have a relaxed attitude to life. Things could be worse.

Dementia Australia has been a God send. When first diagnosed doctors said 'I’ll see you in 6 months and goodbye'. You are left feeling confused and don’t know what the next steps are going to be. My wife wanted me to help me reach out and further understand the condition and thought talking to people in the same boat would help me. We looked on the web and came across Dementia Australia. The support they provide is invaluable. I had a younger onset dementia key worker who not only cared about me and my well being, but also was a friend who would regularly just check in. If you were feeling down a regular coffee catch up would be on the agenda. Hayley and Katerina, you have made this journey so much easier and pleasant! THANK YOU to both of you, and to Dementia Australia.

"Having useful resources such as the helpline and library are such powerful resources. I can’t speak highly enough."

This year I am participating in my third Memory Walk & Jog. We have a Western Sydney younger onset dementia team but anyone can join me or even donate to my page!

It’s a wonderful event that also helps raise funds and awareness. Me participating and helping Dementia Australia also helps me!

I would encourage others to participate as it’s a fun day. You can celebrate the good side and remember loved ones you are walking for. Try not to think of sad times but think of the good times and have that sense of humour with you!"

"The best thing about Memory Walk & Jog is that it has given me life again! To help others and create awareness and fundraise for a cause close to my heart." 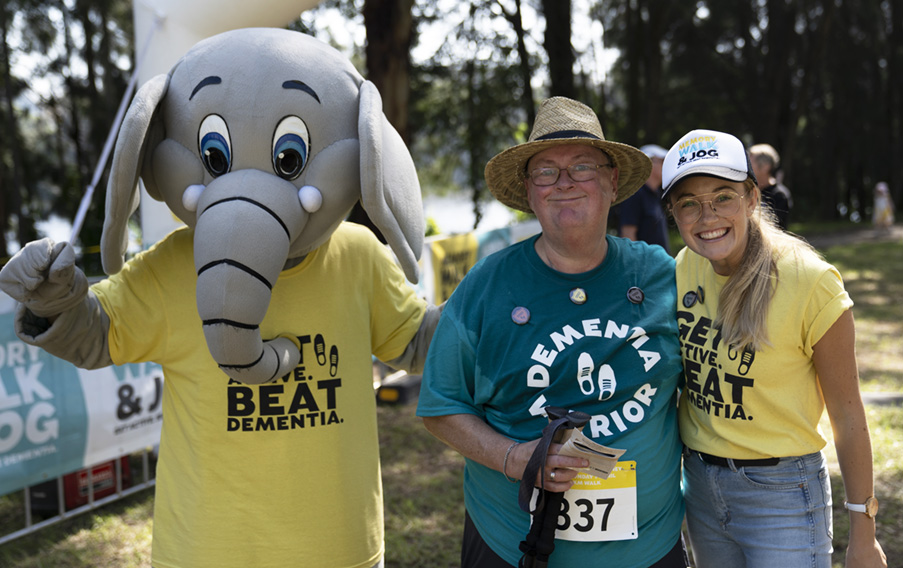